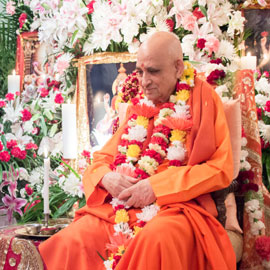 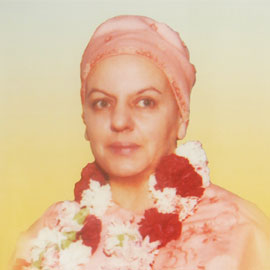 In our day, Swami Jyotirmayananda stands as one of the most important personalities in expanding the consciousness and elevating the lives of thousands throughout the world. Through his inspiring message and great love for all, he is making a powerful impact on the world we live in.

Swami Jyotirmayananda was born on February 3, 1931, in a pious family in Dumari Buzurg, District Saran, Bihar, India, a northern province sanctified by the great Lord Buddha. From his early childhood he showed various marks of future saintliness. He was calm and reflective, compassionate to all, and a constant source of inspiration to all who came in contact with him. Side by side with his studies and practical duties, he reflected upon life's deeper purpose. An overwhelming feeling to serve humanity through a spiritual life led him to embrace the ancient order of Sanyasa on February 3, 1953, at the age of 22. Living in the Himalayan retreats by the sacred Ganges River, he practiced intense austerities. In tireless service of his Guru, Sri Swami Sivananda Maharaj, Swamiji taught at the Yoga Vedanta Forest Academy as a professor of religion. In addition to giving lectures on the Upanishads, Raja Yoga and all the important scriptures of India, he was the editor of the Yoga Vedanta Journal.

Ever able to assist foreign students in their understanding of Yoga and Vedanta, his intuitive perception of their problems endeared him to all. Swamiji's exemplary life, love towards all beings, great command of spiritual knowledge, and dynamic expositions on Yoga and Vedanta philosophy attracted enormous interest all over India.

He frequently lectured by invitation at the All India Vedanta Conferences in Delhi, Amritsar, Ludhiana, and in other parts of India.

In 1962, after many requests, Swami Jyotirmayananda came to the West to spread the knowledge of India. As founder of Sanatan Dharma Mandir in Puerto Rico (1962-1969), Swamiji rendered unique service to humanity through his regular classes, weekly radio lectures in English and in Spanish, and numerous TV appearances. In March 1969, Swamiji moved to Miami, Florida, and established the ashram that has become the center for the international activities of the Yoga Research Foundation. Branches of this organization now exist throughout the world and spread the teachings of yoga to aspirants everywhere. In 1985, Swamiji founded an ashram near New Delhi, India, which is now serving the community by offering yoga classes, by publishing the Hindi Journal, Yoganjali, by assisting the needy through a medical clinic and by furthering the education of children through the Bal Divya Jyoti Public School.

Today Swami Jyotirmayananda occupies a place of thehighest order among the international men of wisdom. He is well recognized as the foremost proponent of Integral Yoga, a way of life and thought that synthesizes the various aspects of the ancientyoga tradition into a comprehensive plan of personality integration.

Through insightful lectures that bring inspiration to thousands who attend the conferences, camps and philosophical gatherings, Swamiji shares the range and richness of his knowledge of the great scriptures of the world. Spiritual seekers throughout the world enjoy his monthly magazine-International Yoga Guide. His numerous books and cassette tapes are enriching the lives of countless aspirants who have longed for spiritual guidance that makes the most profound secrets of yoga available to them in a manner that is joyous and practical

The holy presence of Swami Jyotirmayananda fills the atmosphere with the silent, powerful message of Truth, and the soul is nurtured and nourished, allowing for a total education and evolution of one's inner Self.

With divine grace, inspiration and spiritual support of Sri Gurudev - our light and guide, Sri Swami Jyotirmayananda and subtle guidance and blessing of Brahmlin Sri Swami Lalitananda, International Yoga Society is managed by a governing body.Force behind all functions and activities in India is the dynamic personality of yogiratna Dr. Shashi Bhushan Mishra 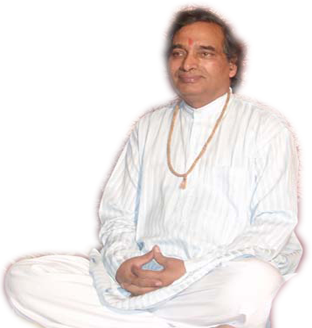